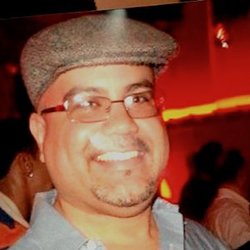 A police source said Collado lifted the cop more than a foot off the ground, but was still able to grab a gun and fire backwards into Collado's lower chest.

The dead man's family said he was trying to break up what he thought was a fight between the cop and a man sources identified as Rangel Batista. Collado and Batista were friends.

"Collado thinks his friend is being robbed," said Patrick Brackley, the family's lawyer.

"The cop turned around and shot Collado in the stomach and ends up killing him," said Brackley, adding that the family will file a wrongful death lawsuit.

The City of New York settled a civil lawsuit with the Colado fail for $5.5 million.