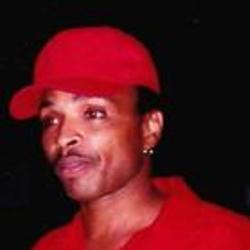 Houston Police say John Allen pulled on gun on officers on the morning of November 1, 2015 and was killed by police. It happened around 12:30am at Drew Street and Nettleton in the 3rd Ward. Officers say Allen pulled a gun during a traffic stop. Allen's father says he spoke with his son during the night. "He told me he wanted to come over and spend the night. I told him he could come on over and he never made it. I tried to call him and could not get in touch with him," he said.

Houston police say two officers were patrolling this area of Third Ward as part of a Crime Reduction Task Force when they saw John Allen run a red light and his truck had a broken taillight. According to police, both officers got out of their patrol vehicle and as they approached the pickup truck on either side the officer on the driver side gave verbal commands to roll down the window which Allen ignored. Investigators say the officer on the passenger side could see Allen pulling a gun from his pocket and discharged his weapon, killing Allen at the scene. Allen's truck slammed into this tree after he was shot.