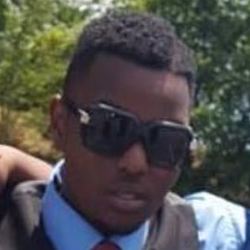 The Georgia Bureau of Investigation has been called in to investigate a fatal officer-involved shooting in Cobb County.

The shooting happened in the 700 block of Franklin Gateway. According to the Cobb County Sheriff's Office, the Marietta-Cobb-Smyrna Narcotics Division was attempting to execute a search warrant at the Liberty Pointe Apartments around 7 p.m. when the suspect, later identified as 23-year-old Joel Gatu Muturi, attempted to strike a deputy with a vehicle. That's when authorities said the deputy opened fire.

Muturi, who was the man police were searching for, died. However, no deputies were harmed. Officials said drugs and "numerous weapons" were also recovered from the scene - the result of a lengthy investigation. A spokesperson also confirmed the deputies involved were undercover.

The GBI's involvement is standard practice for many departments whenever an officer is involved in a shooting. As for the deputy involved, officials confirmed that he was placed on administrative leave.