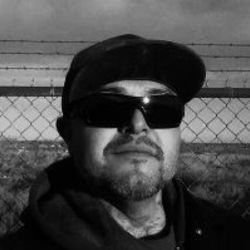 Fabela allegedly grabbed a gun and pointed it at police officers during a fight. Officers confronted him at a hotel while trying to arrest Jody Threadgill, a wanted man who was in the same hotel room. Threadgill escaped.

While police surrounded the building for more than four hours hotel guests were were forced to stay on property.

We spoke with one Odessa family caught in the commotion with very little knowledge as to what was happening just outside.

The mother tells me the hotel is a frequent "staycation" destination for a weekend get away.

She says her family has always had relaxing experience when they visit. However, being forced by police to stay in their room made this stay anything but peaceful.

Stuck with her boyfriend and five children she tells me it was a frightening experience.

"The kids were pretty worried they were huddled up on the bed with me i told them everything would be fine, if we hear anything we'll get y'all covered," says the woman.

As  more than a dozen police cars surrounded the hotel she says her family had no idea what was happening outside.

She tried to leave her room only to be asked to stay inside by police.

After calling the front desk several times with no answer made the discomfort of not knowing what was going on all the more stressful.

"I would have liked a call saying hey there is an issue going on stay in your room we will gave y'all updates, that would have been something nice to hear from them."