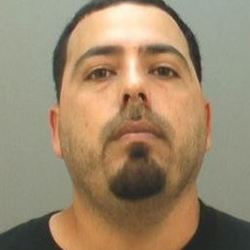 Joe Angel Cisneros III, 28, was pronounced dead in the 7600 block of Marbach Road after being shot around 1:30 p.m., according to the Bexar County Medical Examiner. Police said Cisneros had ran away from officers during a traffic stop across the street from the John Jay High School campus. He took off on foot onto the campus and was run down by an undercover officer. Authorities said a handgun fell out of his waistband as he jumped over an 8-foot fence. SAPD Interim Chief Anthony Treviño said it was unclear whether Cisneros had the gun in his hand at the time he was shot immediately following the incident, or whether he had just been reaching for it after it fell to the ground.