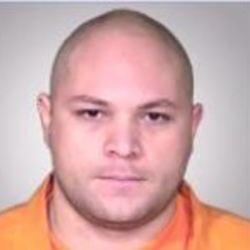 Officers had the vehicle pinned when the armed fugitive, whose name was not immediately released, refused to obey police commands, according to Lt. Scott Smith of Tempe police.

"It was during this maneuver that the suspect left the front passenger seat in an attempt to get to the back seat, where he raised a firearm and pointed it at officers who were giving him the command to give up," Smith said.

Smith said it wasn't clear who fired the first shot.