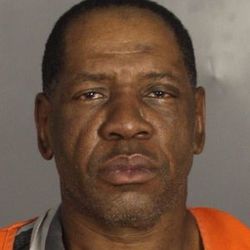 Authorities have shot and killed a man they believe was responsible for multiple robberies in the area following a chase that ended on I-35 Wednesday afternoon. Police report officers were staking out a home in East Waco around 12:30 p.m. for the man suspected of robbing multiple area convenience stores. Police staked out the home because the vehicle description and description of the person living there matched the suspect. The suspect fled in a green Ford Explorer after he arrived home and saw police. Officers chased after him. They attempted to stop the driver for a traffic stop, but the suspect drove off. The pursuit ended up on I-35 South, and the suspect eventually tried to exit through the grass between exit 324 and 325 in Lorena, but got stuck in a bar ditch around 12:45 p.m. "We had marked units with emergency lights and sirens going. He refused to pull over for them. He knew we were behind him. He was moving around in the car as if he was trying to find something," said Sgt. Patrick Swanton, with the Waco Police Department. About that time, officers opened fire after "feeling threatened," shooting and killing the suspect as he was trying to get out of his car. It is unknown at this time if the suspect shot at officers at any point during the chase. Police report a handgun was recovered from the suspect's vehicle. Police are still investigating.