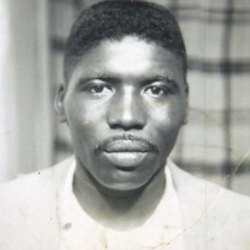 Known as the man whose death gave life to the Voting Rights Act, Jackson was an Army veteran. Like many other black Alabama residents, he was deeply troubled at being prevented from registering to vote. Numerous times he had tried to register, only to be blocked at every turn by some ridiculous rule. On February 18, 1965, a group of 400 people met in a local Marion church to pray, sing, and hear stories from a group of Selma residents who were attempting to register to vote.

When the group left the church, planning to march to the jail to pray and sing, they were attacked by state troopers in riot gear. Photographers on the scene were prevented from recording the event, and any who pressed the matter were beaten and their cameras destroyed so that no photographic evidence survived the violent night. Lee was with his mother and elderly grandfather, and in the chaos, the trio sought shelter in a nearby business. A trooper threw Lee’s mother to the ground, and when Lee sought to shelter her, the trooper drew a gun and shot Lee twice in the abdomen at point-blank range. Lee died several days later.

Four days after that, the protesters rallied again for the famous march from Selma to Montgomery, a day which became known as Bloody Sunday—and this time, the press did capture the event. Outrage boiled across the nation, spurring President Johnson to finally sign the Voting Rights Act of 1965 into law the following August. As for the trooper who fired the fatal shot, he was tried in 2010 and given a mere six-month sentence for second-degree manslaughter. The court released him early.