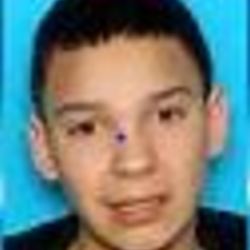 A teenager arrested in April on a capital murder charge died Friday night after trying to hang himself inside his cell at the Bexar County jail, according to sheriff’s officials.

The suicide followed a surprise visit from state jail inspectors last week after two other inmate suicides within the past month. According to records from the Texas Commission on Jail Standards, three inmates took their own lives at the county lockup in all of 2015. This year, the jail has seen that same number of suicides in less than a month – all by hanging, according to officials.

The year’s first suicide at the jail was the June 28 death of 40-year-old Victor Cases, who according to court records had been locked up since August 2015 on an assault charge. On July 9, 22-year-old Jonathan Campos was also found hanging in his jail cell. Campos was one of three suspects arrested and charged with capital murder following the June 1 death of Iris Rodriguez, who according to police was shot in the head near Cuellar Park after a fight between men playing basketball ended in gunfire (authorities haven’t yet said who fired the bullet that killed Rodriguez).

According to the Express-News, the Bexar County Medical Examiner’s office this weekend identified the latest man to commit suicide at the jail as 18-year-old Jesus Jose Lopez, who’s been charged in the 2015 shooting deaths of two people at the Churchill Park apartment complex on the north side. Bexar County Sheriff’s Office spokesman James Keith says Lopez was found in his cell last Thursday morning and taken to University Hospital where he died Friday night.