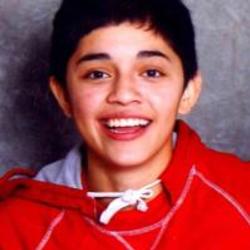 The death of an unarmed 17-year-old Colorado girl who was shot by police was ruled a homicide, according to a medical examiner's report released Friday showing that she suffered four gunshot wounds.

Jessica Hernandez's Jan. 26 death sparked protests and was investigated by the Denver District Attorney's Office. The Denver Police Department said officers opened fire on Hernandez when she drove a stolen car toward them, but the family's lawyer, Qusair Mohamedbhai, said the autopsy tells a different story.

The autopsy performed by Denver Chief Medical Examiner James Caruso shows Hernandez was shot two times in the left side of her torso. Two more gunshot wounds in Hernandez's pelvis and right thigh may have resulted from the same bullet, according to the autopsy. The bullets fatally wounded Hernandez's heart and both lungs. She also had marijuana and a small amount of alcohol in her system, the report found.

"There was no evidence of close range discharge of a firearm associated with any of the entrance wounds," Caruso said in the report.

On June 5, 2015, Denver District Attorney Mitch Morrissey announced that he would not prosecute Officers Gabriel Jordan and Daniel Greene for the shooting death of Jessica Hernandez.