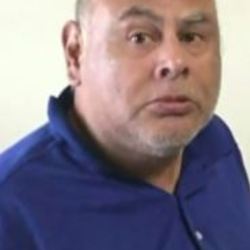 Juarez was shot dead by a deputy who found him armed with a shovel, according to the sheriff's office. The deputy had arrived to deal with a reported burglary of a home, and Juarez was suspected of being responsible.

The entire incident was captured on video by a camera mounted in a patrol car. That video is being reviewed by the Texas Rangers and will ultimately be made public.