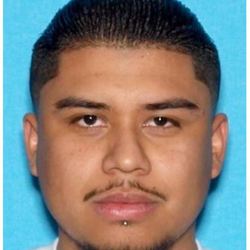 Anaheim Police officers had engaged Nava in the 2500 block of East Ward Terrace shortly after 9:30 p.m. Saturday in an attempt to arrest him on a warrant for felony sexual assault, the Police Department said. He allegedly armed himself with a kitchen knife, prompting one or more officers to open fire, investigators said.

The officers involved in the shooting were wearing body cameras, and the footage was provided to the Orange County district attorney’s office, which is conducting a criminal investigation, police said. The Police Department’s major review team is handling an internal investigation into the shooting with oversight from the Office of Independent Review.