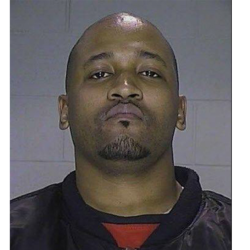 Police tasered Green during a chase, but Police Chief Greg Thomas said after the autopsy that the "Taser was not at all attributable." Green's official cause of death was cocaine overdose, according to his autopsy.

It happened again! This time the electrocution-by-taser took place in Aurora, Illinois. Police responded to several 911 calls last night about 37-year old Jersey Green. It appears that Green was jumping on parked vehicles. Police say that Green jumped off a parked SUV when they arrived and he tried to run away.

Ordinarily being a fool doesn't result in the death penalty.   However, we now know that the Aurora Police Department doesn't like to be disrespected. They don't bother seeking out a reason for disrespect. They react.

Green made the mistake of jumping on the hood of a police car. That was enough provocation for a police officer to pump 50,000 volts of electricity into Green. The jolt was enough to knock Green to the ground where three police officers handcuffed him and put him into custody.

At this point the officers figured out that this UNARMED man was in physical distress. They called for an ambulance.  Shortly thereafter Green stopped breathing. He was taken to a nearby hospital and pronounced dead.

It took only a few hours for the police to let the public know that Green was a registered sex offender and that he was charged with some drug offenses 15 years ago. They conveniently avoid mentioning that he wasn't convicted of those charges. It is typical in these taser-related deaths for the police to try to indicate that drugs were involved in the death ... anything to avoid admitting that they killed an UNARMED man by extra-judicial electrocution.