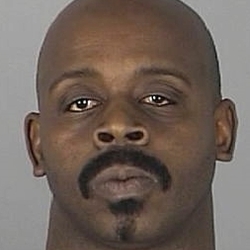 During an undercover drug deal, a detective allegedly bought a "large" amount of pills from Brown outside the tire shop. When the deal was completed, detectives waiting "in gear" moved in to arrest him. Brown was allegedly shot because he would not show his hands. The Pasco Sheriff's office justified the shooting as "any failure to comply indicates a threat." Family and friends organized protests of the shooting.

But that explanation is contradicted by a previously unreleased video, obtained in June 2020 by the Tampa Bay Times, which shows deputies opened fire in seconds with little provocation.

The video, as well as court documents in a civil case, depicts a small-scale drug bust turning violent in an instant. It shows an undercover deputy coaxing Brown into the officer’s car. Then other deputies surround the car to arrest Brown.

Seconds later, the deputies fired four shots. Three of them hit Brown, including one in the back.

The video was recorded from the driver’s seat, directly next to Brown. It does not appear to show deputies giving Brown time to surrender.

In all, about 11 seconds pass between the time deputies approach the car and the final shot.

The Sheriff’s Office has repeatedly declined to release the portion of the video depicting the shooting. Today such videos are public records in Florida, but they were exempt from release in 2014, when this video was recorded.