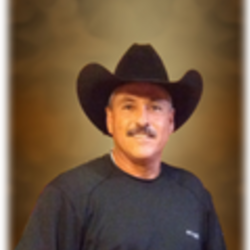 A Live Oak County deputy told dispatchers he backed away from the green Hummer that De La Garza was driving along State Highway 59 after seeing him douse himself with gasoline inside. The deputy told the dispatcher the fuel was spilling onto his cruiser hood.

According the Lt. Ronnie Jones, with the sheriff's office, De La Garza rammed into a deputy's vehicle.

Deputies fired shots at him inside the vehicle, and he died as a result, Jones said. He would not say how many officers were involved. He did say the deputies have been placed on administrative leave, which is standard procedure.