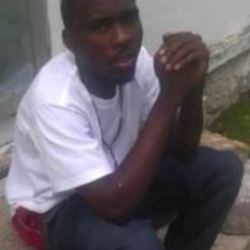 Seals, along with two other men, was suspected in a number of armed robberies. Seals was shot as he exited a pharmacy the group had just robbed and allegedly pointed a weapon at officers, authorities said.

Frances Taylor lives in the area and said she heard the gunshots but didn’t know what was going on. She said she glanced over at a monitor that shows her what is happening outside.

“I heard a noise but I saw these people running past, three of them, and they were pretty fast,” Taylor said.

She said she heard the gunfire and saw a swarm of officers arriving.

Sheri Hays, who lives in the area, said she thought maybe it was a dream.

“I didn’t know,” she said. “We heard sirens all the time around here.”

She said she and her son got up and saw a lot of police activity outside their front door. They also saw a man’s body.

Hays snapped pictures of a black BMW that she thinks was the getaway car. All four tires had been flattened.