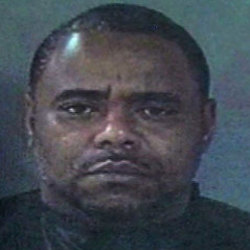 Deputies arrived on the scene within four minutes to control the scene before paramedics arrived. 42-year-old Jermaine Benjamin was "out of control" when deputies arrived, according to Sheriff Deryl Loar. Family members claim a deputy who was subduing Benjamin put his knee into the back of Benjamin's neck and kept his face pressed against the ground. "By the time they turned him back over, he was gone," Benjamin's cousin, Lateesia Jordan, told WPBF 25 News.