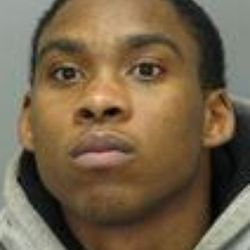 Very rarely you hear in mainstream media about people with disabilities protesting police brutality although 70% of the cases are against people with disabilities.  McDole had gotten out of a jail about a year ago and was living in a nursing home near the scene of the shooting. McDole had been in a wheelchair since being shot in the back when he was 18. Disturbing ethical questions abound. McDole, 28, was shot on Wednesday, September 23, 2015 by several Wilmington police officers who were responding to a 911 call reporting that he had shot himself, according to authorities. It must be noted that police say that they still haven't confirmed the accuracy of the 911 caller's statements. Graphic cellphone footage, filmed by a bystander, shows an officer approaching McDole on a street and shouting at him to put up his hands and drop a gun. A gunshot can be heard and a person behind the camera says McDole was struck and bleeding. Several other officers then join and make their own commands while McDole struggles in his wheelchair and moves his hands.

But his mother, Phyllis McDole, disputed that, saying he was neither armed nor dangerous. The case has attracted international media attention.

Although the fact that Jeremy McDole ever had a gun remains under dispute by his family, if he did have a gun, and we know from the video that it was not in his hands, how the hell did they expect him to drop it without reaching for it? Whether he had a gun or not, it is very clear that the cops involved in this shooting made absolutely no effort to ensure that this situation ended without the loss of life. In fact, they did the opposite of what they’re called to do, by creating a situation in which the only possible outcome was the death of Jeremy McDole.

In cases of excessive and deadly force, the standard by which police conduct is measured is the standard of “reasonable force.” In order for a shooting like this to be considered justified, the behavior of these four white cops would have to be comparable to what “a reasonable officer” would do in similar circumstances.

"The video's showing that he didn't pull a weapon. He had his hands on his laps when they opened fire on him," she said.

At that point, McDole appears to move to reach into the front of his jeans, just before several officers open fire. No gun, other than those belonging to the officers, is visible in the video footage. Police said on Thursday they had recovered a .38-caliber handgun that they said had been at his side. A witness on the scene shot a cellphone video showing one officer pointing a shotgun or a rifle at McDole in the wheelchair, screaming at him “drop the gun” and “hands up,” an instant before shooting McDole the first time.

A local civil rights leader also called for an independent investigation into the shooting, saying police should not be allowed to investigate officers in the same area.

– State NAACP President Richard Smith
"Surely the Wilmington Police Department can train its officers better when they feel they are in danger, than executing someone simply because they can't see their hands," Tom Neuberger, of the legal team representing the family said.
McDole's sister said that immediately prior to the arrival of police, McDole had been robbed and shot.

The McDole family reportedly hired attorney Billy Murphy Jr., who represented the family of Freddie Gray to pursue civil litigation. On March 3, 2016, it was reported that the grandmother and mother of Jeremy "Bam" McDole were suing the city of Wilmington, alleging that the deadly police shooting in September was prompted by racial discrimination and would not have happened had McDole been white. Jeremy McDole's family alleges in a lawsuit filed this week that he posed no threat to the police officers who encountered him and eventually shot him to death in September.

In March 2016, Wilmington attempted to move the case to federal court. In April 2016, a media report indicated that according to court documents, medical examinations performed by the state show McDole had gunshot residue on his right hand and right sleeve after he was shot and killed.

In May 2016, Wilmington Police officers were cleared.  Likewise, in January 2017, the U.S. Dept. of Justice said there was insufficient evidence to charge four members of the Wilmington Police in the shooting.

On September 22, 2020, the Department of Justice released a follow-up to the report issued on May 16, 2016, which examined the death of Jeremy "Bam Bam" McDole, shot and killed on the streets of Wilmington on September 23, 2015. The report finds that, ultimately, DNA evidence on a firearm recovered at the scene and testimony are all consistent with the finding that McDole was in possession of, and fired, a handgun during the incident in question. The DOJ said, based on all available evidence, the "original charging decision will not be changed."

On October 13, 2015, the Delaware Black Caucus sent out a news release calling on Wilmington Mayor Dennis Williams, Attorney General Matt Denn and Gov. Jack Markell to launch a federal investigation into the officer-involved shooting on Sept. 23.

People with disability protest the murder of Jeremy McDole. A writeup of another protest here. Photos here.

According to court papers filed on September 19, 2016, the man who captured lthe fatal shooting of McDole by four Wilmington officers on his cellphone camera said he was not interviewed by police investigating the incident, despite his calling the department's internal affairs unit several times.