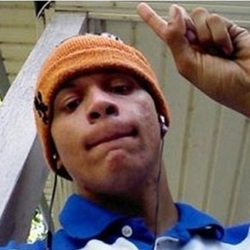 Jeremy Lake, an unarmed black teenager, was walking home with his girlfriend, Lisa Kepler, when a black SUV pulled up and Lisa's dad, an Oklahoma City Police Officer named Shannon Kepler, got out shouting at her. Lisa Kepler and Jeremy Lake decided to go over to him, where Jeremy introduced himself as Lisa’s boyfriend. At this point, Officer Shannon Kepler pulled out his gun and shot and killed Jeremy and also shot at his own daughter, presumably angered over their interracial relationship. Kepler claims that he only kept shooting because he saw Lake reaching for a semi-automatic weapon.

Then Kepler just got in his car and left. He never called 911; nor did he wait for medical help.

No trace of a weapon was ever found at the scene.

Officers Shannon Kepler and his wife Gina Kepler, who is also a police officer and was driving the car, were charged with first-degree murder.