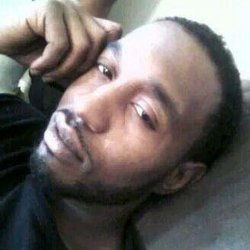 Thirty-six-year-old Jerame Reid was shot by two Bridgeton police officers, one black and one white, after he refused their order to stay in his vehicle. A grand jury declined to indict either officer.

Reid was a passenger in a car that was pulled over for allegedly running a stop sign. Officers Braheme Days and Roger Worley approached the car, and despite verbal warnings from the officers, Reid opened his door and reportedly got out of the car with his hands up, after saying "I ain't doing nothing. I'm not reaching for nothing, bro," according to the Associated Press. Both Days and Worley shot him. The officers were placed on paid administrative leave pending the investigation, and Reid's family has filed a civil rights lawsuit in federal court against the city of Bridgeton. (Days is also facing a separate lawsuit for alleged rape.)

On August 20, it was announced that the grand jury had decided not to indict either officer.

On January 25, 2016 it was reported that the U.S. Attorney's Office District of New Jersey (USANJ) and the FBI have taken up an investigation into the Dec. 30, 2014 fatal shooting of Reid by Bridgeton officer Braheme L. Days, whose partner Roger W. Worley also was at scene. Emails appear to confirm the federal probe had begun as of December.

On Friday, July 22, 2016, a tentative civile settlement was reached that included $1.5 million in payments to Reid's son and smaller awards to his mother and widow, pending final approval by a judge.

On August 22, 2016, U.S. Attorney Paul Fishman announced that the investigation by his office determined there was insufficient evidence to pursue criminal charges.

On August 23, 2015, NJ.com reported that the mother and family of Jerame Reid, along with a community activist, gathered at a home in Bridgeton, New Jersey on Saturday, saying they will seek a federal civil rights investigation.