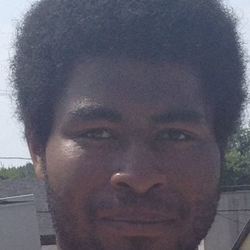 #fightfor15 and antipoverty activist dies in cell after being jailed for not raising $100 bail.

Jeffrey Pendleton was an activist, a member of the Fight for 15 movement who walked picket lines in the effort to gain a $15 minimum wage among fast food workers. He worked at a Burger King in Nashua, New Hampshire, earning about $100 a week and sleeping on the streets between his shifts because he could not afford housing.

He was discovered dead in a Nashua jail cell earlier this month after he was arrested for marijuana possession and was unable to come up with the $100 cash bail. His friends and fellow movement members are demanding answers.

An investigation has been launched after a 26-year-old homeless man, who successfully sued police in two New Hampshire counties last year, was found dead in jail Sunday.

The second report completed in Arkansas states there are clear indications that Jeffery was harmed prior to his death and it is likely that harm caused his death.

Jeffery, unfortunately, never let his family know about his money problems. We were unaware. He simply let us know he was fine and living in New Hampshire. He worked at Burger King. But the truth was that he was homeless and had to struggle. It's heartbreaking to know he kept this from us. Because the system felt he was homeless it is not shocking that the medical examiner and New Hampshire police felt no one would speak up for him. They were wrong. We will work tirelessly to get justice for our kind and loving Jeffery.

On April 20, 2016, the coroner announced that Jeffrey Pendleton died from a fatal overdose of fentanyl.