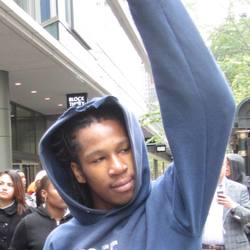 18-year-old Jeffery Kemp was shot to death by a Chicago Police officer Friday night, April 17, 2015 in the South Shore neighborhood. About 10:10 p.m., Grand Crossing District officers on patrol near 71st Street and Paxton Avenue heard shots fired and saw a van speeding away from the area, according to a statement from Chicago Police. A pursuit ensued, and the officers watched someone jump from the vehicle with a gun in his hand, police Deputy Chief Dana Alexander told reporters at the scene. The officers chased the man — identified as Kemp -- to 74th Street and Merrill Avenue and ordered him to drop the weapon, but instead he turned around and pointed it at the officers, authorities said. An officer then fired two shots, striking the man