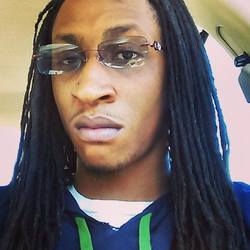 25 year-old Jay Anderson was killed by Milwaukee police in late June 2016, after the officer reportedly saw Anderson had a gun in his possession. According to police, the officer feared for his safety during the course of the incident.

The Milwaukee Police Department is investigating the incident.

Police tape blocked off the parking lot at Madison Park for hours after the killing as investigators tried to collect all the evidence they could.

Police have confirmed they found a gun in the car where Anderson was shot.

According to his friend B.J. Hassel, Anderson was a concealed carry license holder, however, last May he was convicted of misdemeanor carrying a concealed weapon without a license.

On July 22, 2016, the Wauwatosa Police Department declined to release their video footage recorded from the officer's squad video camera, citing the Anderson family's wishes and an investigation by the Milwaukee County D.A.

According to the Anderson family, the Wauwatosa police officer who shot and killed Jay Anderson Jr. will not face state criminal charges, but federal prosecutors have agreed to review the case. The family made the announcement at a news conference several hours after they met with Milwaukee County District Attorney John Chisholm.

On Wednesday, July 15, 2020, Wauwatosa's police and fire commission unanimously voted to suspend Mensah with pay. The commission also approved hiring a third-party investigator relating to a complaint filed against Joseph Mensah by the attorneys for the family of Jay Anderson Jr.