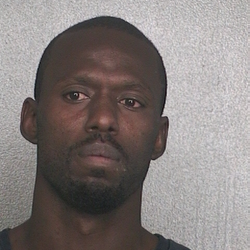 Authorities said they were forced to open fire on a man who had barricaded himself inside a home in Fort Lauderdale, Thursday afternoon, fatally striking him, and they are investigating whether he was under the influence of the designer drug Flakka. Fort Lauderdale Police and SWAT units responded to the scene of the incident off of Southwest 29th Terrace and 29th Avenue, just off Davie Boulevard, near St. Thomas Aquinas High School. Investigators said someone called police at around 2:30 p.m. about a domestic situation. "[Officers] immediately encountered some family outside of the residence who indicated to us that there was a male inside the home who was armed and holding a female hostage," said Fort Lauderdale Police Capt. Frank Sousa.