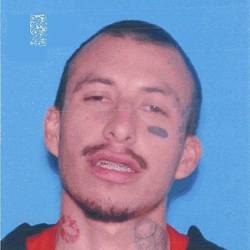 Police shot and killed a Javier Lopez Garcia, 25, who made his way onto the top of a building under construction and pointed a rifle at a San Francisco hospital, San Francisco Police Chief Greg Suhr said late Wednesday. The gunman, described by police to be in his late 20s, had just robbed a Big 5 Sporting Goods store in San Bruno, making off with a rifle and ammunition, according to Suhr. The suspect allegedly used a handgun to rob the sporting goods store, Suhr said.

The San Francisco District Attorney's Office on December 11, 2017 said no criminal charges would be filed in the officer-involved shooting of Lopez Garcia. Investigators later determined that Lopez Garcia had been brandishing a shotgun stolen from a San Bruno sporting goods store, and that he had told store employees during the robbery that he was "suicidal" and "not afraid to get shot," according to the report. The report concluded the officers were acting in self-defense and in defense of others.