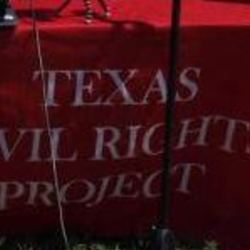 Nearly a week after her 30-year-old son’s death, a Levelland mother is still waiting to know how her son ended up in a coma at Covenant Medical Center after Levelland police arrested him.

Officials said Lopez was in a Levelland police holding cell Nov. 3, where he collapsed after struggling with officers who were restraining him.

All parties are waiting for results from Lopez’s autopsy, which was completed last week.

Lopez died Nov. 6, three days after Levelland police arrested him for public intoxication and resisting arrest at a Stripes convenience store in the 100 block of N. College Avenue, according to a report by Texas Rangers.

Footage from the store’s security camera from that night show Lopez entering the store screaming about a man with a gun.

He continues pointing out the window as he walks behind the stores counter.

At one point he hugs the cashier, who called police.

When officers arrived, Lopez tells them about the gunman and becomes frustrated when they don’t believe him. They throw him to the ground when he refuses to comply.

At one point Lopez screams about his arm.

The officers are seen carrying Lopez out of the store to be loaded into a police car.

However, there are no cameras pointing in the cell because of privacy concerns, according to an email Hockley County sheriff R.C. Cheek sent Champion.

The Rangers' report states while in the violent cell, officers placed Lopez face down so they could remove his clothing and the handcuffs restraining him.

Lopez was still resisting officers until his handcuffs were removed, according to the report.

Officers told the Rangers they noticed Lopez's breathing became shallow, his fingertips and toes turning blue and his complexion change.

EMS was called and Lopez was taken to Covenant Hospital at Levelland then moved to University Medical Center in Lubbock, where doctors placed him in a frozen coma.

Lopez died Nov. 6, as doctors attempted to lift the coma.