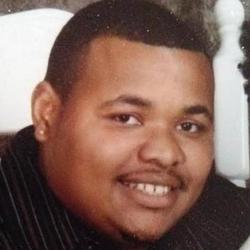 A man who was shot by two California Highway Patrol officers Friday after allegedly pointing a gun at them later died from his wounds, authorities said.

The shooting took place just before 2 p.m. on Date Avenue and Tyler Street in Foothill Farms, an unincorporated area of Sacramento County, said Sgt. Tony Turnbull, spokesman for the Sacramento County Sheriff’s Department, which is investigating the shooting.

CHP Commissioner Joe Farrow issued a statement late Friday, saying that the officers involved in the shooting had been placed on paid administrative leave. Farrow called the use of force “a last resort.”

“The California Highway Patrol is fully cooperating with the Sacramento County Sheriff’s Department and the District Attorney’s office and will provide investigators all the information to ensure a full, thorough and transparent investigation,” Farrow’s statement read.

The incident happened after a CHP officer was driving on Date Avenue, near Madison Avenue and Interstate 80, when he observed a man walking along the road with a gun in his hand. The street is behind an Office Depot parking lot and a block away from the CHP’s North Sacramento office.

The officer alerted dispatchers of what he had seen and then made contact with the man, who put the gun in his waistband, Turnbull said. A second officer arrived in a patrol car shortly afterward.

“As they were giving him commands to get on the ground, the suspect pulled the weapon out of his waistband and then turned around and pointed it at the officer,” Turnbull said.

“Both officers discharged their firearms, striking the suspect,” he said.

Officers rendered aid and called an ambulance, Turnbull said. The man was taken to a hospital where he was initially listed in critical condition Friday afternoon but later died, he said.

One of the officers involved in the shooting has been with the CHP for 20 years and the other for eight years, Turnbull said. They were not injured, the spokesman said. He did not disclose their names.