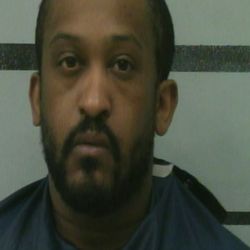 31-year-old Jasman Washington was killed by police after a chase with police. Officials with the Lubbock Police Department say Washington has been identified as the person driving the stolen vehicle that led to a second pursuit with law enforcement shortly after 2 p.m. on April 16. Washington has also been identified as a suspect in the original pursuit that began in the 1700 block of East Dartmouth Street.

The Texas Anti-Gang Unit and the DPS helicopter were operating in the area of 1700 East Dartmouth Street when they noticed a stolen vehicle. TAG attempted to make a stop which led to the first pursuit. The vehicle came to a stop, and three suspects exited the vehicle, including Washington, at the intersection of East 10th Street and Ute Avenue.

During this time, an officer noticed Washington carjacking a person, which led to another chase.

Area law enforcement tried to force the vehicle to stop. Washington refused to stop and injured a DPS Trooper by pinning the trooper between the stolen vehicle and a DPS unit. Because Washington was using a vehicle as a deadly weapon, multiple shots were fired at Washington, and he was pronounced deceased on scene.