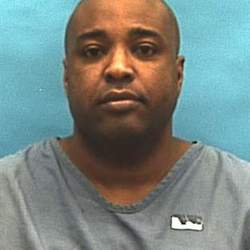 44-year-old Jarvis Sullivan was shot and killed Friday afternoon by an officer with the Fernandina Beach Police Department during a drug bust outside Casey Liquors on U.S. 17, according to Nassau County Sheriff Bill Leeper.

According to Leeper, the Nassau County Sheriff’s Office narcotics task force, which includes deputies from the Fernandina Beach Police Department, responded to the scene around 2 p.m. Leeper said the Georgia man, who was not identified by authorities, had been selling heroin and methamphetamine in Nassau County.

“There’s enough stuff going in America right now. We have enough on our plate. And to hear about this, another black man being shot by police, whether it was race-related or anything, it gives us that cringe again like here we go again,” said cousin Mack Knight.

The Sheriff’s Office said when the task force tried to arrest the man, he attempted to flee the scene in his vehicle, striking multiple vehicles in the parking lot and a mobile home that was parked behind the store. Leeper said officers gave commands for the man to stop the vehicle when he then put the vehicle in reverse and accelerated toward one of the task force members -- who is an officer with the Police Department.

Leeper said the officer fired his weapon, striking the man and killing him. The officer, who was not named, will be placed on administrative leave, which is standard procedure. No officers were injured.