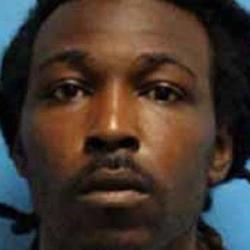 Jarvis Randall was a patient at University Hospital and Medical Center’s behavioral health center in Tamarac and according to authorites was in a violent mood before three deputies took aim, fired and killed him at the hospital

The 30-year-old convicted felon was on mental-health probation for burglary charges dating back a decade.

In handwriting, however, Judge Ernest Kollra noted Randall “DOES NOT pose a danger,” court documents show.

Randall’s five-year probation sentence was scheduled to expire in 2023.

It was not immediately clear how and when Randall checked into the 60-bed psychiatric hospital at 7425 N. University Drive. Staff there summoned Broward Sheriff’s deputies about 10:30 p.m. Saturday.

“They described him as violent and said he was threatening to harm other people with a weapon,” said Veda Coleman-Wright, a spokeswoman for the Broward Sheriff’s Office. “Investigators said he was armed with an edged-glass weapon.”

Efforts to calm Randall were unsuccessful, she said. One deputy shot him with a bean bag but that failed to subdue him. Randall instead charged at the deputies. Three of them pulled their triggers, Coleman-Wright said.

The three deputies are on restricted duty while the Florida Department of Law Enforcement investigates.