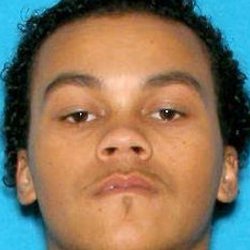 The Allegheny County district attorney has released dashcam video of a wild, frightening chase that prompted an Amber Alert and ended with the suspect shot being and killed by police.

“The officers otherwise acted in accordance with their training, they followed the appropriate use-of-force continuum, they showed tremendous restraint and they probably saved that baby’s life,” District Attorney Stephen Zappala said Wednesday.

The incident took place in the early-morning hours of Dec. 8. Zappala said it started in Uniontown when Jared Brown-Garnham was with his ex-girlfriend, Ashley Spring, who was giving him a ride to Pittsburgh.

According to Zappala, Brown-Garnham was a key witness for the prosecution in a murder trial in his home state of Massachusetts and was due back in court to testify. Zappala said Garnham received some information during the car ride with Spring that his life may have been in danger as a result of his testimony, and Zappala said Spring believed that is what set him off.

Zappala said Spring feared for her safety and told him she needed to stop to use a restroom in Brentwood, but was planning to escape. The DA said Garnham followed her into a convenience store, accused her of trying to dial 911 and, after the two argued, he took off with the woman’s car and her 8-month-old daughter in the back seat, prompting an Amber Alert to be issued.

Pennsylvania State Police and other officers from local departments pursued the vehicle as it drove erratically, as seen in video provided by Zappala. Brown-Garnham crashed into a gate at the airport that led to a runway, and that’s when officers were able to surround his vehicle.