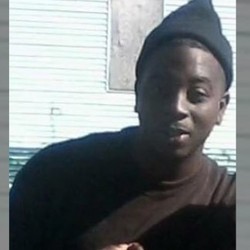 The body of 24-year-old Jamycheal Mitchell was found inside the Hampton Roads Regional Jail on Wednesday, Aug. 19. Jail officials said there was no indication of foul play nor signs of assault or injuries. Jamycheal Mitchell, who had mental health problems, was discovered lying on the floor of his cell by guards early last Wednesday, according to authorities. While his body is still awaiting an autopsy, senior prison officials said his death was not being treated as suspicious. Mitchell's death comes nearly four months after he was jailed for stealing $5 worth of snacks -- a Snickers bar, a Zebra cake and a bottle of Mountain Dew -- from a 7-Eleven convenience store.

A year to the day after a mentally ill man was booked into the jail where he would later die, the company charged with providing health care to Jamycheal Mitchell broke its lengthy silence to defend its employees.

Meanwhile, the FBI said it is weighing an investigation into the circumstances surrounding Mitchell’s death, and a former Virginia inspector general classified the alleged mistreatment of Mitchell as “torture” at the hands of jail employees.

A lawsuit filed Tuesday by Mitchell’s family includes allegations that he was denied anti-psychotic medication and that health care workers did not promptly address his health problems, including a severely swollen leg.

April 2016 Video taken from outside the cell no longer exists

May 2016 Investigator says subjected to torture before death

June 2016 Inmates say they are intimidated after speaking out

September 2016 Superintendent of the prison steps down following inmate deaths

May 2016 Editorial - Investigation must move forward