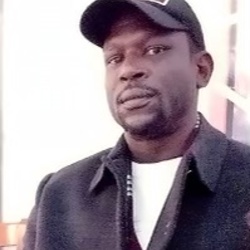 A Pentagon police officer was charged with two counts of second-degree murder Friday in the shooting deaths of Dominique Williams, 32, of Hyattsville, and James Lionel Johnson, 38, of District Heights, authorities said.

Officer David Hall Dixon was off-duty at the time of the shooting. He was taken into custody Friday morning without incident, Takoma Park police said.

Authorities say the incident took place at about 5 a.m. Wednesday in the parking lot of a condominium complex. The officer believed a car was being broken into and shot two people when they allegedly tried to flee in a vehicle, police said.

Dixon told police officers who responded to the shooting that he saw one of the three men breaking a vehicle window, according to an application for statement of charge obtained by CNN.

Dixon "reported that he confronted the subjects" who were in a different vehicle, "and the vehicle 'gassed it', and almost tried to run him over and he fired several shots. A preliminary investigation confirmed that a vehicle was broken into," the document said.

The investigation showed that Dixon "fired his weapon multiple times after the vehicle passed him and no longer presented an immediate threat that would have justified the use of deadly force," the document stated. An examination of the car found multiple bullet holes in the rear of the car, according to the document. An autopsy found that the location of the gunshot wounds on Williams and Johnson "is consistent with them being fired upon from behind," according to the document.

Dixon faces two counts of second-degree murder, two counts of use of a handgun in commission of a felony, and reckless endangerment in connection with the shooting deaths.

He also faces attempted second-degree murder and use of a handgun in commission of a felony "in the assault on Michael Thomas," who was the driver of the vehicle the officer shot into.