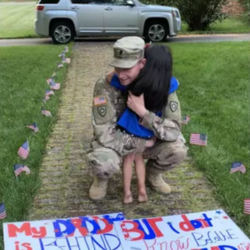 Phoenix police shot and killed a man identified as James Garcia who was parked in a driveway in Maryvale on Saturday, July 4, 2020.

About 30 people gathered at Desert West Park near Encanto Boulevard and 67th Avenue in Phoenix around 8 p.m. Sunday in protest.

The Phoenix Police Department has not released the man's name but both protesters and Phoenix City Councilman Carlos Garcia have said he was James Garcia.