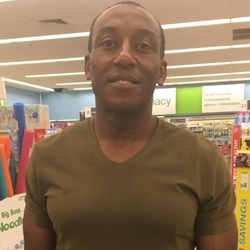 On April 20 about 8:30 p.m., deputies fired several shots at 48-year-old James Bauduy, the suspect in a carjacking and the killing of an 82-year-old woman, Elfriede Asendorf.

Orange County Sheriff Jerry Demings said the deputies believed the man was armed. He was not obeying verbal commands and moved in a way that indicated to police that he was “about to shoot,” the sheriff said.

Harris said neighbors in the area of the incident are “traumatized” from the event.

“There were some people, from their accounts, they were on their grills, having a good time, there were children outside playing, and there was our elders outside just enjoying a nice evening when they recklessly shot this unarmed man,” she said.

Asendorf was discovered at her home around 9:25 a.m. that morning and was transported to Health Central Hospital where she was pronounced dead.

Police said Bauduy is also accused of violently carjacking his ex-girlfriend, the daughter of the murder victim, the morning of the homicide.

Deputies located Bauduy in the area of Lime and South Street, in west Orlando in the Parramore area, Friday night.

Sheriff Demings said Bauduy refused to obey instructions and was believed to be armed. He made some sort of movement that caused the deputies to open fire, Demings said.

Both deputies involved in the shooting have been reassigned to administrative duties while the investigation is ongoing.