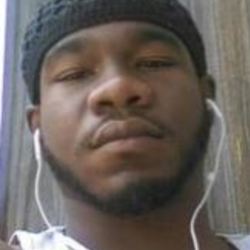 Jamarion Rashad Robinson, 26 year-old suspect was killed in a shootout with U.S. Marshals in East Point.

Authorities had been searching for Jamarion Rashad Robinson, 26, since he exchanged fire with officers at the Royal Coach Apartments on Northside Circle on July 28.

Marshals tracked Robinson to his girlfriend's apartment at the Parkside at Camp Creek apartment complex on Washington Road Friday afternoon and attempted to arrest him. Authorities say Robinson opened fire on the marshals, and they fired back, killing the suspect.

A witness captured the video on Facebook Live and shared it with Channel 2’s Steve Gehlbach.

In the video you can hear authorities shout commands to Robinson, who was inside, telling him to throw out his gun. The witness said the gunfire lasted for more than a minute.

“I guess they returned fire because there was a lot of firepower going on through the door. Outside. I don’t know. Through windows. I don’t know what they were shooting towards or if that was just simply him shooting,” the witness said.

The witness said he saw more than a dozen patrol cars at the complex.

“I thought this was going to be some kind of serve a warrant, knock type of thing, and then all of a sudden I heard, ‘Drop your gun.’ That’s when I knew it was getting serious,” he said.

No one else was hurt in the shooting.

The GBI is investigating.

"He told me last night that he was seeing things and he heard things," Beverly Nixon said. "He kept saying something was trying to kill him."

Nixon called her grandson Friday, but never reached him.

"(The last thing her said was,) 'I love you grandmamma. I'll talk to you tomorrow,'" Nixon said. "He was my first grandchild, and I loved him like he was mine."