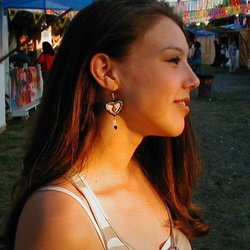 A police officer shot and killed Jacqueline Salyers who police say was accelerating toward officers in a car in Tacoma late Thursday night. Officers say an armed man remains on the loose.

Tacoma police say officers were attempting to locate a man wanted on two felony warrants for robbery and a gun complaint just before midnight. They spotted the suspect's vehicle in a neighborhood adjacent to Lincoln High School, south of downtown Tacoma.

When officers approached the car, police say Salyers was in the driver's seat and started to accelerate. As police started shooting at the woman, the suspect ran away, according to police.

Salyers was pronounced dead at the scene.

There is  an alternative view to the official side of the story told by police.

After speaking to witnesses at the scene, Rideout says he was told that the two officers came up to Salyers’s car from behind – which means the car was not positioned to accelerate toward them – then began to shoot. The witnesses did not hear the police announce themselves ahead of the shooting. The driver’s side window was completely shot out, Rideout noted, asking “How could this have happened if she was headed right at them?”

Associated Press photographs of the car, taken after the shooting, show the gaping driver’s side window, with shards of glass visible around the edges. Bullet holes in the windshield appear to be confined to the passenger side.

The immediate aftermath of the shooting added to the anguish for Salyers’s family, and shocked witnesses as well, according to Rideout. “After shooting Jackie, the officers disrespected her body,” he charged. “Witnesses told me they took her out of the car, dragged her to the curb, put her in a police car, drove her a short distance away and dragged her out again onto the pavement. She must have died sometime during all this. The people who spoke to me found this extremely painful.”

August 2016 The family of a Tacoma woman shot to death by police says it rejects a review panel's finding that the shooting was justified.

Jackie Salyers' family doesn't believe the police should be investigating themselves.