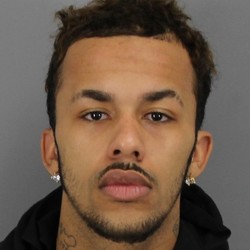 The New Jersey Attorney General’s Office says 19-year-old Jacob Servais, of Millville, was shot and killed during a law enforcement operation being conducted by detectives from the Cape May County Prosecutor’s Office and the Lower Township Police Department.

The shooting happened around 3:30 p.m. Thursday in the parking lot of Just for Wheels Car, Truck and Van Rental located in the 2500 block of South Delsea Drive.

Officials say detectives encountered Servais as they were conducting the law enforcement operation at the scene and was shot by one of the detectives.

Servais was taken by ambulance to Inspira Medical Center in Vineland, where he was pronounced dead. None of the detectives were injured.

“I was terrified. I wasn’t aware of which direction the shots were coming from,” said one witness who didn’t want to be identified.

She says police shot Servais through the windshield of his car. The car then lost control, moving in reverse into the neighboring parking lot where she was standing and could see the young man’s face.