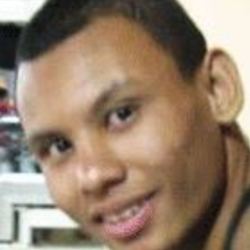 Officers arrived to find the man holding a knife and a stick and behaving in an “agitated” manner, Lt. Mike Hastings said. As the officers tried to persuade him to disarm himself, he allegedly began threatening them and retrieved a machete.

Officers tried in vain to subdue the suspect with stun guns and police dogs, Hastings said. When one of the canines approached, the man struck the animal on the back with the machete, according to police.

The suspect then allegedly swung the weapon at an officer, prompting two others to open fire. He suffered multiple gunshot wounds and died at the scene.

The man was identified by friends on a social media website as 21-year-old Burmese refugee from Myanmar named Ja Ma Lo Day. He was oldest brother of four siblings, all Burmese refugees who escaped their country due to religious and ethnic persecution, according to a friend of the family.

He suffered from mental illness and had been involved in several prior encounters with the police, according to the online posting.

Wendy Gelernter was a volunteer for a refugee assistance organization when she began a friendship with the family. She questioned why police didn’t use a translator or bull horn to communicate with the family.

“Within 20 minutes, the police broke down the door and sent in a police dog. That’s worse thing to do to somebody who’s mentally ill and frightened,” said Gelernter. “[Day] was not a violent person, but when he was scared or threatened he did crazy things.”