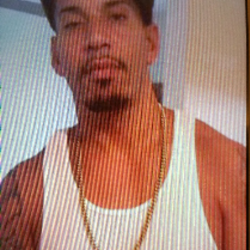 Two undercover drug officers were at the apartment complex to follow up on an unrelated case, police said.

The two officers, identified as Yong Hall and Amanda White, approached the men. There was a confrontation that eventually lead to police shooting and killing one of the men, identified as Izzy Colon, and taking the other man, Ricardo Caban, into custody.

Caban has been charged with reckless display of a firearm and possession of firearm and ammo.

"My brother was not playing with guns that's not true," one family member said.