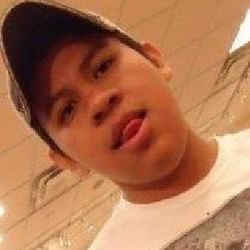 The 23-year-old Minneapolis man’s Yamaha motorcycle collided Friday with a Minneapolis police squad car en route to an incident about 10 blocks west in which two officers were shot and a suspect killed.

On Sunday, about 40 people gathered in the sun and about 25 motorcycles were lined in the shade at the corner of Blaisdell Avenue South and West 26th Street. Solemn faces were shown by women grasping children and men in leather motorcycle jackets.

Romero’s uncle Olegario Romero Flores said the family is seeking answers from police about what led to his nephew’s death.

“We are here because we want justice,” Flores said through translation from Romero’s friend Jesus Ramon.

“I ask for the public’s patience in allowing us the necessary time to thoroughly review and investigate,” Harteau said in a statement. “We owe it to everyone involved and the general public to be thorough and disclose the facts as we get them, and not simply respond to speculation.”

Minneapolis police said the squad car was traveling “well below the posted speed limit as it approached the intersection at the time of impact.” Police said Romero’s motorcycle collided with the rear passenger side of the squad car, which had its red lights and siren activated.

When asked to provide a timeline of the incident on Bryant Avenue and the motorcycle accident later, police spokeswoman Cyndi Barrington declined, citing the investigation.

“There are no benefits to anyone, specifically all those involved and impacted, to give information without supporting facts and evidence,” she said.

Minneapolis Police Chief Janee Harteau confirmed Wednesday, May 15, that an officer involved in a fatal squad car collision last week had gone through a red light and had yet to give a statement.

The officer, responding to a Friday incident in South Minneapolis in which two other officers were wounded and a burglary suspect was fatally shot, collided with motorcyclist Ivan Romero Oliveres, 24, and his passenger, Joselin Torrejon-Villamil, 20. Torrejon-Villamil was hospitalized.

The collision, at West 26th Street and Blaisdell Avenue South, occurred more than a half-hour after suspect Terrance Franklin, 22, died of multiple gunshot wounds in a struggle with police nine blocks away.

A police supervisor at the scene of the shooting -- a house in the 2700 block of Bryant Avenue South where Franklin was found after a break-in -- had requested more officers to help secure the area, Harteau said.

She noted that the officer involved in the collision had the vehicle's lights and sirens on and, according to squad video and GPS data, slowed to 16-17 mph before entering the intersection, which lacks a device that allows police to change traffic lights upon approach.

According to state law, officers responding to emergencies "shall slow down as necessary for safety, but may proceed cautiously past such red or stop sign or signal after sounding siren and displaying red lights."