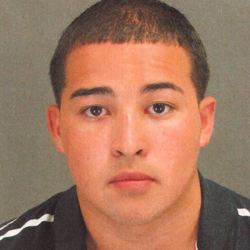 What should’ve been a simple Wednesday afternoon traffic stop on I-75 turned into a 10-mile chase and ended with an exchange of gunfire, a wounded state trooper, a dead suspect and thousands of Cobb County motorists caught in the traffic-clogging aftermath.

Georgia State Patrol spokesman Capt. Mark Perry said the incident, which blocked I-75 south at South Marietta Parkway for hours, began shortly after 3:30 p.m. when Trooper Jacob Fields, a three-year veteran of the force, attempted to stop a speeding Chevrolet Silverado. The pickup truck, which had allegedly been clocked going 98 miles per hour, continued down I-75 and Fields followed.

The chase continued until Delk Road, where Fields and two other troopers attempted to stop the Silverado with a boxed-in maneuver, Perry said. The truck finally came to a stop after rear-ending a civilian driver.

On Friday, September 9, 2016, a Cobb County grand jury ruled that the use of force by police was justified in this case.