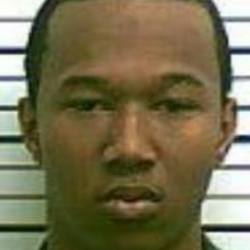 The man, who was identified as 19-year-old Isiah Hampton, was found pacing inside a Bronx apartment near the Mount Hope area at about 8 a.m., police said. Police told Hampton to come out, but he ran to the bedroom and closed the door. A 19-year-old woman then started screaming for help inside. Police forced the door open and found Hampton holding a gun to his ex-girlfriend's head. She managed to break free of him and ran, but Hampton is then accused of pointing the gun at the officers. Hampton had tried to fire at least three times at the woman, but the gun misfired, Police Commissioner Bill Bratton said at an unrelated news conference. He said the officers acted in an "exceptional manner" and said they saved the woman's life.