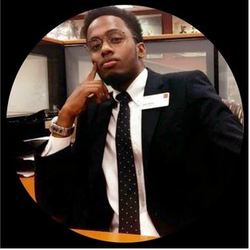 The Eagan Police Department says the stand-off began Tuesday around 6 p.m. after officers were dispatched to a domestic assault call involving a firearm.

Officers located an armed man and were able to contain him in an industrial area after a short foot chase.

“Officers were dispatched to an incident, a domestic incident with a firearm in the area of Burgundy Road and Highway 13,” Police Chief Roger New said.

Eagan police say it was on Seneca Road where officers attempted to negotiate with the man for several hours. At some point during those negotiations, shots were fired. A neighbor who did not want to appear on camera said he heard two loud booms and then a flurry of gunshots.

Emergency crews brought the man — later identified as 23-year-old Isak Abdirahman Aden of Columbia Heights — to Regions Hospital, where he was pronounced dead. Officers did recover a gun from the scene.