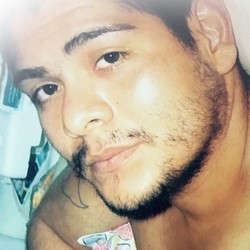 A Hillsborough County sheriff's deputy shot a suspect who fled after a crash and tried to carjack several vehicles Tuesday evening.

The incident began about 3 p.m., sheriff's spokeswoman Col. Donna Lusczynski said, with a three-car crash in Riverview. After the crash, one of the drivers, a Hispanic male in his 30s, ran from the scene and to a nearby business, where he tried to carjack a vehicle, but was unsuccessful.

The suspect then tried to carjact two other vehicles, but again was unsuccessful. The man then tried to break into vehicles and residences, Lusczynski said.

Deputy Stuart Gray, 48, a 24-year-old veteran with the office, arrived on the scene and confronted the suspect. The man grabbed a brick, Lusczynski said, and tried to attack the deputy, who feared for his life and shot the suspect.

The sheriff's office later said the suspect died at the scene.

The suspect involved in the shooting is identified as Isaias Salgado, 31.

Gray has been placed on administrative leave, which is standard after a shooting.

The incident remains under investigation.