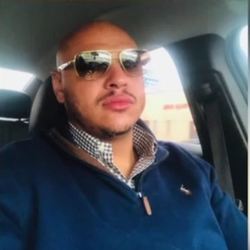 Law enforcement officials said Robinson was in a heavily-tinted black car that matched the description of a suspect vehicle in an apartment shooting. Then when Elyria police officers arrived to the scene, they ordered everyone out of the car in question, News 5 Cleveland reported.

The officers claim the rear doors opened and they saw a gun pointing in their direction. The the officers began shooting according to the Lorain County Sheriff’s Office. Both Robinson and Battles were taken to the hospital after the shooting where Robinson later died.

The sheriff’s office confirmed to the news station that a gun was discovered in the car police shot at. However, the police department does not have dash cam nor body cameras to confirm if the gun found was pointed in their direction. The officers who shot at the men have been identified as Charles McArthur and Alan Kubas according to News 5 Cleveland. The officers are now on administrative leave, per department policy.