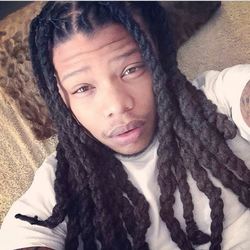 A stolen SUV involved in a police chase Thursday night that ended with the fatal shooting of a man by St. Louis police had been pursued by officers from a municipal police cooperative the night before, police said.

Tim Swope, chief of the North County Police Cooperative, said that incident started when police from his department were in pursuit of another vehicle on Wednesday night. He did not have information about the reason for that pursuit.

That chase started in Pine Lawn and went eastbound on Natural Bridge road into the city. Then a white Nissan Murano started chasing the police car — pursuing the pursuers — and tried to ram the officers around Natural Bridge Avenue and Goodfellow Boulevard.

A day later, St. Louis police saw the Nissan and tried to stop it, according to statements from St. Louis acting police chief Lawrence O'Toole.

A St. Louis police officer ended up fatally shooting a man who jumped from a stolen vehicle that crashed after fleeing police, authorities say The suspect struggled with two officers and then pointed a gun at them before one of the officers shot him, O'Toole said.

On Friday, police said the man was Isaiah Perkins, 27, of the 10300 block of Oxford Hill Drive in Creve Coeur.

The police said a second man in the car remained at large.

O’Toole came to the scene of the shooting in the 6100 block of Laura Avenue near Goodfellow Boulevard to release details on the incident.