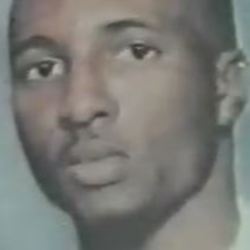 In January of 1999, Irvin Landrum Jr. (18), was fatally wounded by the Claremont (CA) Police Department during a routine midnight traffic stop.

Several months later, the incident became extremely controversial as more facts were revealed about what really happened that night.

Irvin was stopped allegedly for speeding on January 11, 1999 at approximately 1:07 a.m. Irvin was taken out of his car by two (2) officers reportedly to search the car and his person. The police officer claimed that when one of them started to pat Irvin down he took two steps back and pulled a gun from his waistband, aimed it at the police officer, and fired the gun.

The ballistic report concluded that the alleged gun–the police claimed that Irvin had–was never fired. In addition, the forensic report concluded that no fingerprints could be lifted from the alleged weapon or the bullets inside of the gun. The gun had been wiped clean.  Irvin could not have cleaned the gun because the injuries inflicted on his body left him unconscious from the moment he was shot until he expired six days later.  Doesn’t this sound like the case in Los Angeles where rogue cops were killing men of color and then planted weapons on them to implicate them in a crime?

The other police officer involved in this shooting decided he would take the 5th and not make a statement to investigators about the activities of the police that led to the killing of Irvin.

Both of these police officers were allowed to continue to patrol the streets despite the facts that support an attempt by the police to cover up their crime.

1. The gun was never fired, but the police claim they were shot at by Irvin.

2. No fingerprints were found on the alleged weapon, not even a smudge print, or on any of the other seventeen items of evidence collected.

3. One police officer takes the 5th. Why?  Because he has done something wrong? Or maybe he witnessed the wrongdoing of his fellow police officer? Taking the 5th has reduced himself to that of a common criminal who seeks to avoid “self-incrimination.” There is no logical explanation for allowing this police officer to continue carrying a gun on city streets under the circumstances.