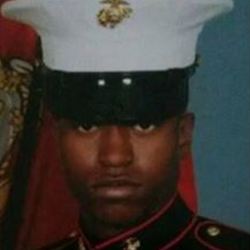 That afternoon, he became a casualty on his mother’s front lawn when a Wichita police officer shot him in front of his family. Then-Police Chief Norman Williams said the officer fired the fatal shots after Randolph charged with a knife.

It was supposed to be a good day at the family home on East Clay, near Rock and Lincoln. Randolph’s mother planned a cook-out. But when Beverly Allen returned from the store, her son’s eyes told her he was upset. She knew it was serious enough to call for help and ended up talking to a 911 dispatcher.

The purpose that day, his family says, was to get help for him. Instead, they say, the two police officers sent to the home allowed the situation to escalate.

A judge has dismissed a lawsuit against the city of Wichita, saying police officers' actions in the fatal shooting of an Iraq veteran with post-traumatic stress disorder were reasonable.