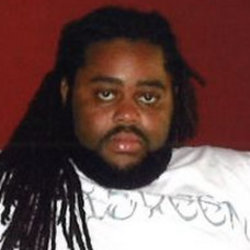 Howard Wallace Bowe Jr. underwent surgery after he was shot by police executing a search warrant at his home Thursday morning. According to authorities, a confrontation ensued while Hallandale Beach Police's SWAT team was serving a narcotics search warrant at 704 NW 4th St. The man was hit an unknown number of times and his pit bull was killed. The man remained Friday night at Memorial Regional Hospital recovering and being treated for his injuries. Police say no one else was in the home at the time of the confrontation, but the suspect's family, who identified the man as Howard Bowe, say his 16-year-old son was in the house and was beaten by officers. They say the teen was also interrogated without anyone's permission. The family says Bowe is no drug dealer and are left with many questions. "If you have a warrant then why you going through the back door?" said Leonarist James, Bowe's cousin.